Hello friends! Welcome back to ElectroDuino. This blog is base on the LED or Light Emitting Diode – Construction, Working Principle. Here we will discuss what is LED, LED pin configuration, symbol, Working Principle, LED color, I-V characteristics, Advantages, Disadvantages, and Application.

LED Consists of two terminals. These are one is positive or anode and another one is negative or cathode. LED has three different methods to identify its terminals. 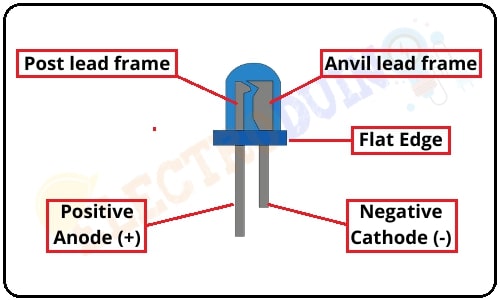 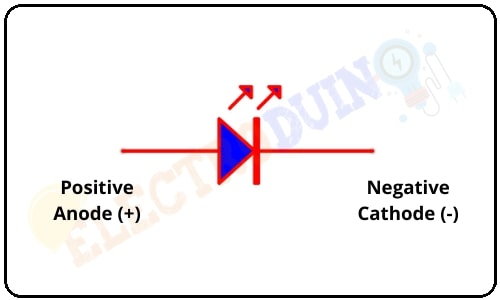 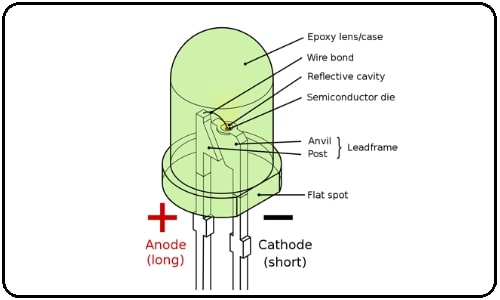 This total mechanism is covered by a transparent solid and plastic epoxy resin hemispherical shaped shell body that protects the LED from atmospheric disturbances, vibrations, and thermal shock. 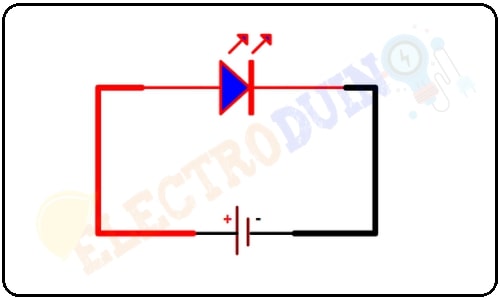 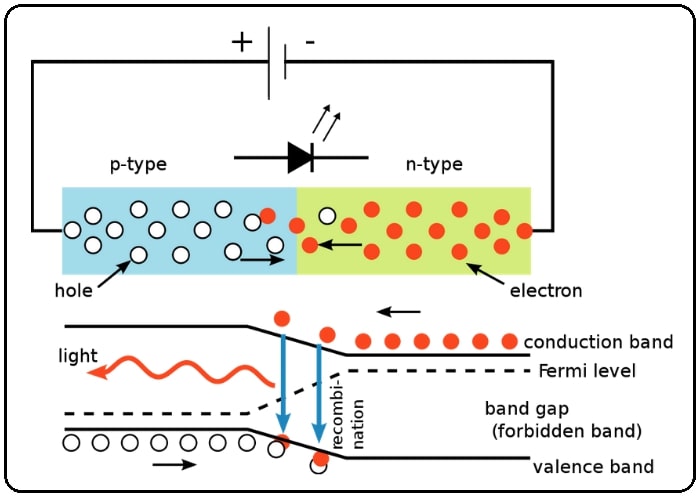 When an LED is forward biased, then the free electrons from the N-type region gain enough energy to cross the junction and recombine with the holes in the P-type region. Initially, free electrons from the N-type region are in the conduction band but as they cross over into the P-type region, they release energy and fall into a hole in the valence band. As a result, this energy released in the form of light. But, normal silicon diode is released energy in the form of heat.

Light Emitting Diode can be classified as two major categories of LEDs. They are

Each Light Emitting Diode has its own forward voltage drop across the PN junction. This parameter is determined by the semiconductor material used in the manufacturing of an LED for a specified amount of forward current. Normally the forward current of an LED is about 20mA.


The I-V characteristics of the different color LEDs show below 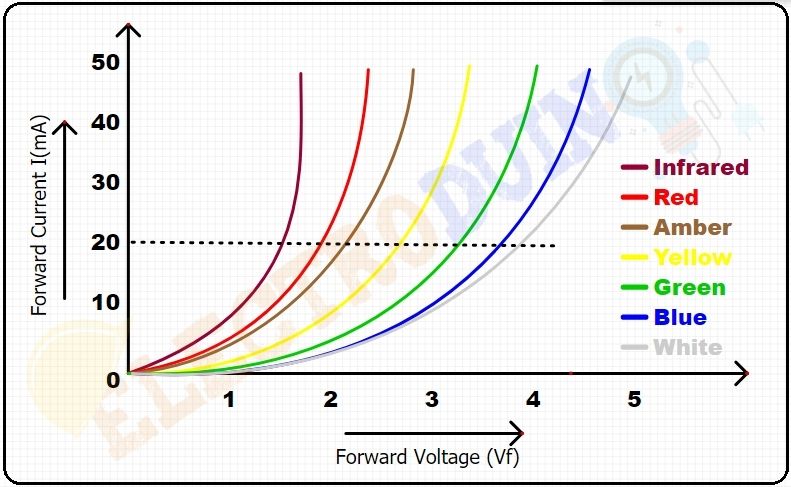 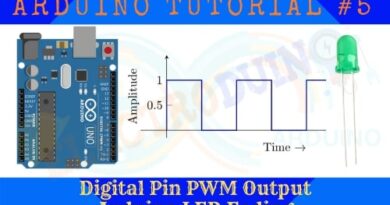 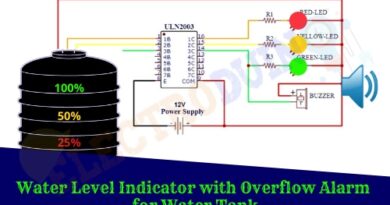