.What is EMF or Electromotive Force?

Definition: Electromotive force is defined as the maximum electric potential difference developed by any source of electrical energy such as a battery, generator, or photovoltaic cell.

As suggest by the name electromotive force, we think the word “force” means that it is one kind of force, but it is somewhat misleading because EMF is not a force, it is basically Work that transfers energy. In other words, the electromotive force (EMF) is defined as the amount of work done in the energy transformation or conversion from one to another and the amount of electricity that passes through the electrical source, such as the battery or generator.

We know that a battery is made of electrolytes and electrodes, whose chemical reaction drives the transfer of positive and negative ions. Let us assume, the force on the ions is Fc and the distance between the two terminals is D, so the work done is equal to the FcD.

We also know that this chemical force inside the battery is balanced by an electric force Fe that is equal to Fc.

Therefore the work done is also equal to Fed.

Now the EMF is defined as work done per unit charge. Therefore in this case EMF will be equal to FeD/q.

Electromotive force or EMF is denoted by (E) and it is also denoted by the symbol ε.

Unit of Electromotive Force or EMF

If an electric charge Q passes through a device (device without internal resistance), and gains an energy W. Then net electromotive force or EMF for that device is the energy gained per unit charge. So we can write

So the SI unit of electromotive force is Volt (V), which is equivalent to a joule per coulomb.

The formula for electromotive force or EMF is given by

What is Electric Charge – Its Unit, Symbol, Types and Properties 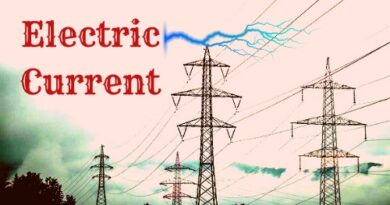 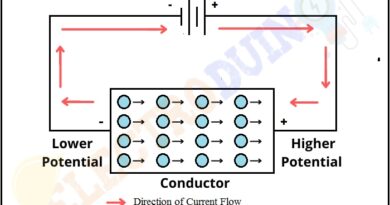