In electrical and electronic components, Conductors are one type of material or substance, which permits the flow of current through them. Because these types of material or substances have free electrons in the outermost shell of the atoms, these electrons are loosely bound and easily moving from one atom to another. These types of materials are allowed to transfer electrons from particle to particle. Most of the metals are conductors, whose have 1,2, or 3 electrons in the outer shell of the atomic structure.

The conducting materials are permits to transfer charge across the entire surface of the material through the free movement of electrons. If a charged conductor is touched to a specific point on another conductor, then this charge quickly spread across the entire surface of this conductor. A charged object will always distribute its charge until the overall repulsive forces between excess electrons are minimized. For example, copper is a good conductor of heat, so when we heating one end of copper results in a quick temperature rise on the other end. 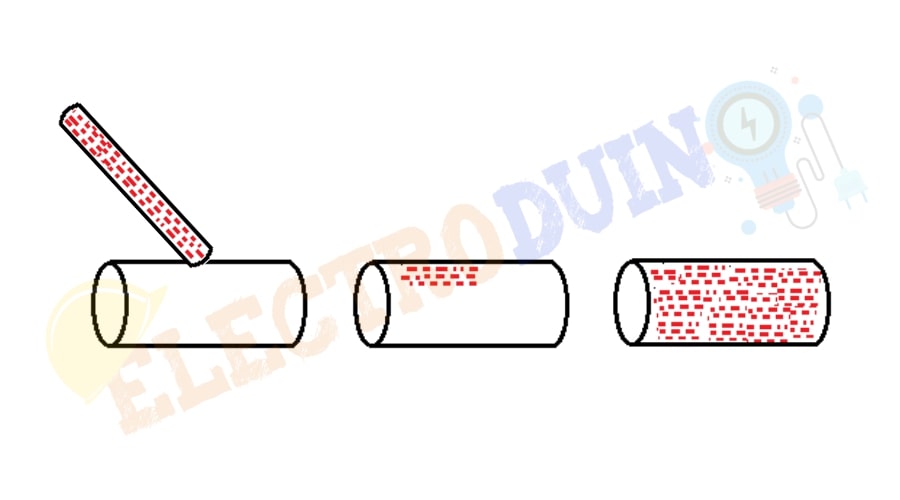 The conductor materials are existing in three States, these are Solids, Liquids, and Gaseous.

Properties of a Good Conductor

The electrical field inside a good conductor should be zero. If the electric field exists inside the conductor, it will extract a force on electrons and accelerate the electrons.

A good conductor should be ductile. So it can be used to make thin wires, these wires are used in winding of armature and coil.

Examples of Conductors and their Properties and Uses

One thought on “What is Conductor – Types, Properties, Examples and Uses?”